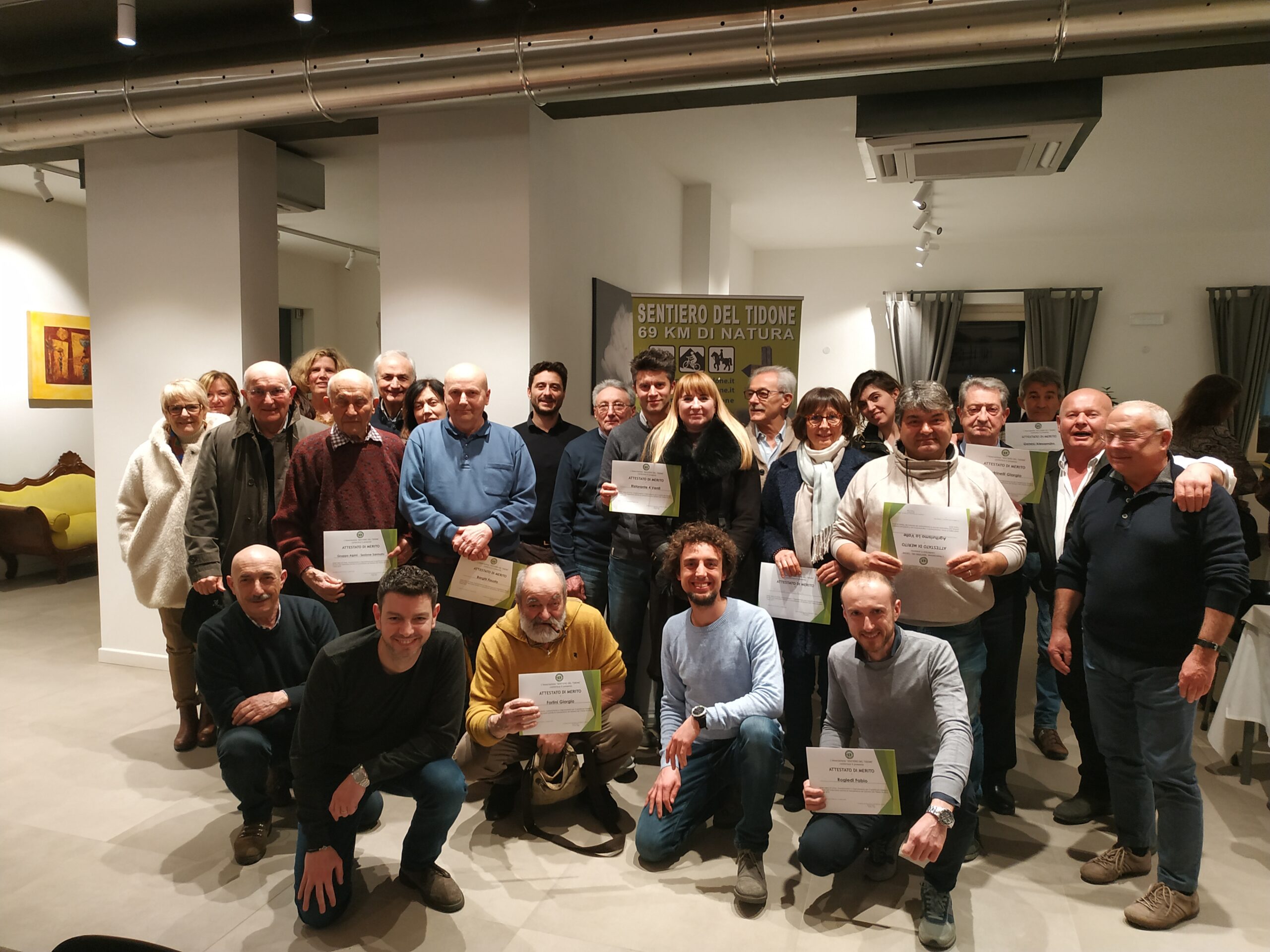 The Sentiero del Tidone is an ambitious project made entirely without the use of public investments thanks to the work and determination of a voluntary group from which originated the initiative and still today handle the maintenance of the path with consistency and passion.

It all started from a small group of horse, trekking and MTB enthusiasts: few people driven by the idea of the possible link between the confluence and the spring going up the Tidone Stream.

After studying the possibility on paper, the group in 2012 gave life to the Sentiero del Tidone Association.

From there the actual works started: more than one and a half year of activity, carved in the free time of the members, to arrive in the creation of a path made partially by new routes and partially by the reopening of old paths (for example along the Strada dei Mulini).

Like that it was born the first 45 km path, officially inaugurated on May 10th of 2014, when it used to cross 7 municipalities of Piacenza: Rottofreno, Sarmato, Borgonovo to arrive to Pianello Val Tidone and go up towards Nibbiano, Caminata e Pecorara.

The support of the Consorzio di Bonifica di Piacenza was decisive, from the beginning itwas very sensitive to the project, and it managed the request of government licenses for the use of the path (given that it is almost entirely in state property areas).

In the first phase an existent trail that skirts the Molato Dam was used, then another 5 km were added in Pavia’s side, until Le Moline, in the Zavattarello Municipality.

The Sentiero del Tidone Association then was responsible for the installation of signs and information boards, that improve the touristic use of the path.

In August 2015 the Sentiero was completed, reaching the river source (2 km after Pozzallo), for a compressive length of 69 km of nature.

In 21 of October 2021 the associates during the extraordinary meeting voted for the new board of directors, as expected from the statute of the association. The new board is composed of: 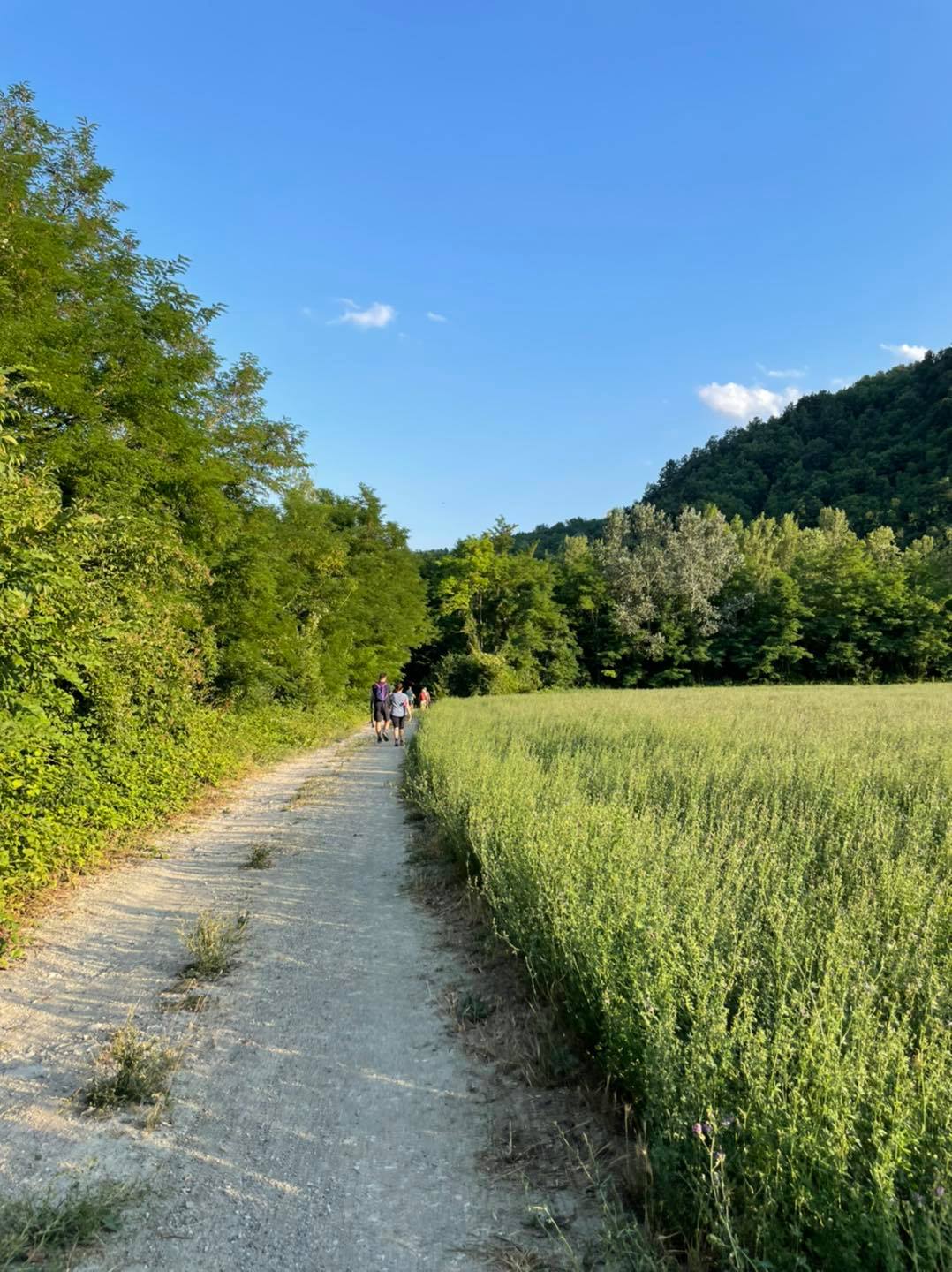 The Sentiero del Tidone Association thanks the always available staff from: 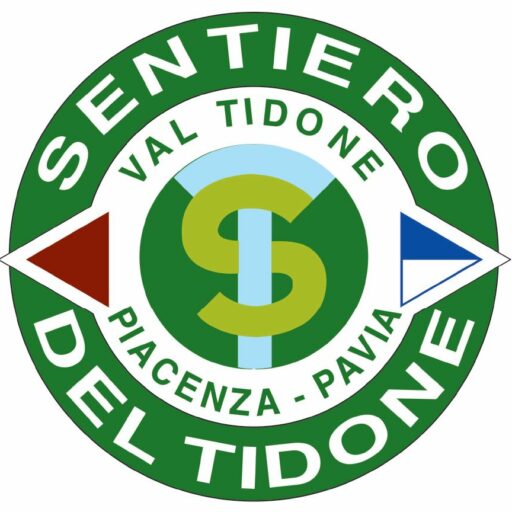 The Sentiero del Tidone is 69 km route that crosses 9 municipalities from Emilia-Romagna to Lombardia, made entirely without the use of public investments only with the work of volunteers.

The work is completed, but to guarantee the maintenance and appropriate promotion the participation of all is necessary.

The work is completed, but to guarantee the maintenance and appropriate promotion the participation of all is necessary. The bank details are as follows: